On the Third Day of Christmas, my brewer gave to me... Lagunitas' Brown Shugga!

This beer was originally a failed batch of their 1997 Olde GnarlyWine Ale. In an attempt to rescue the batch, Lagunitas added brown sugar to the boil, which ended up tasting nearly as good as that they were hoping, so they bottled it and called it Brown Shugga.

Relax with the aroma of citrus, pine, hops, resin, grass, caramel, candied fruits, and brown sugar while sipping the malt sweetness of this Barleywine-style beer.

Lagunitas' Brown Shugga is an American Strong Ale. Also categorized as a Christmas Ale, this beer drinks like a smooth IPA, but has a big full-bodied mouthfeel of a Barleywine. This bold brew is amber in color with a moderate cap of foam leaves behind sheets of sticky lacing. It's ABV is well hidden, creating a great balance of malts and hops.

Step back in time at the Historic Odessa's annual holiday celebration - a seasonal tradition of interpreting scenes from classic literature. This season our celebration lasts from November 14 through December 31, 2018.

This year's theme is based upon the classic novel, A Christmas Carol, In Prose, Being a Ghost Story of Christmas, by Charles Dickens. This special exhibit celebrates the 175th anniversary of the story first published in 1843. Be delighted with vignettes that include depictions of famous scenes from the novel in the Corbit Sharp House, c. 1774. 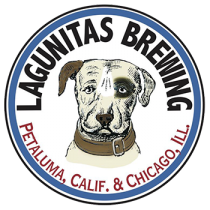